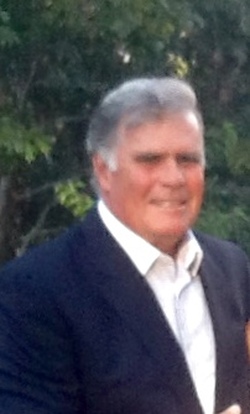 The Immigrant
One from My Four Legged Stool
Alfred Woollacott, III

John Law is the author’s seven-greats grandfather who comes to colonial America in chains as a Scottish Prisoner of War of The Battle of Dunbar. Upon landing in Boston in the winter of 1651, Law serves his remaining indenture in the community of Concord as a public shepherd. Although Concord will become his “New Scotland", Law must negotiate some challenging hurdles to make that happen —Puritan theocracy, English bigotry, and Native American dangers, among others. Throughout all of Law’s ordeals, he wonders if God ever hears him. One day God does. The Immigrant is more than a meticulously researched novel. There are many meaningful layers to savor and several historical puzzles to uncover.

"The Immigrant is a terrific read because it succeeds on its literary merit: well-plotted, with substantive characters. Redolent with details of life on the frontier of the New World,  John Law’s travails put the reader in his hardscrabble life, contending with bigotry, penury, and the unforgiving New England climate in the days before diversity, electric blankets, and supermarkets." - Jack Shea, MVTimes

“Woollacott writes with color, creating scenes with drama and pathos. He also has an uncanny ability to get into the heads of his characters. The Immigrant is a book you won’t want to miss.”  – Rick Herrick, The Vineyard Gazette, author of A Man Called Jesus A Novel and The Case Against Evangelical Christianity


"Alfred Woollacott, III is a fascinating man obsessed with history - in the right kind of way. Writing of this quality is immensely rewarding for the reader. Not only does the author treat us to history - he also entertains us with a multifaceted tale that has a new level of pertinence as the chapters unfold. Highly recommended." - Grady Harp, An Amazon Top 100, Hall of Fame and Vine Voice Reviewer

"A gripping tale about the endurance and fortitude of an unlikely colonist." – Kirkus Reviews

This is an historical novel, which is fascinating, educational and dramatic. The author did a great deal of research covering these historical times and then encompassed it in a great novel of John Law, a fifteen year old Scot who had been grabbed by Scottish military to fight as a pikeman against the British forces of Cromwell. - Joan A. Adamak, an Amazon Vine Voice Reviewer

For a peek inside, see  under The Immigrant four dates, 3 September 1650 Dunbar Scotland; November 1650 On the North Atlantic and  Early Winter 1650 -1651 Charlestown, Massachusetts Bay Colony and 22 April 1676 Concord, Massachusetts