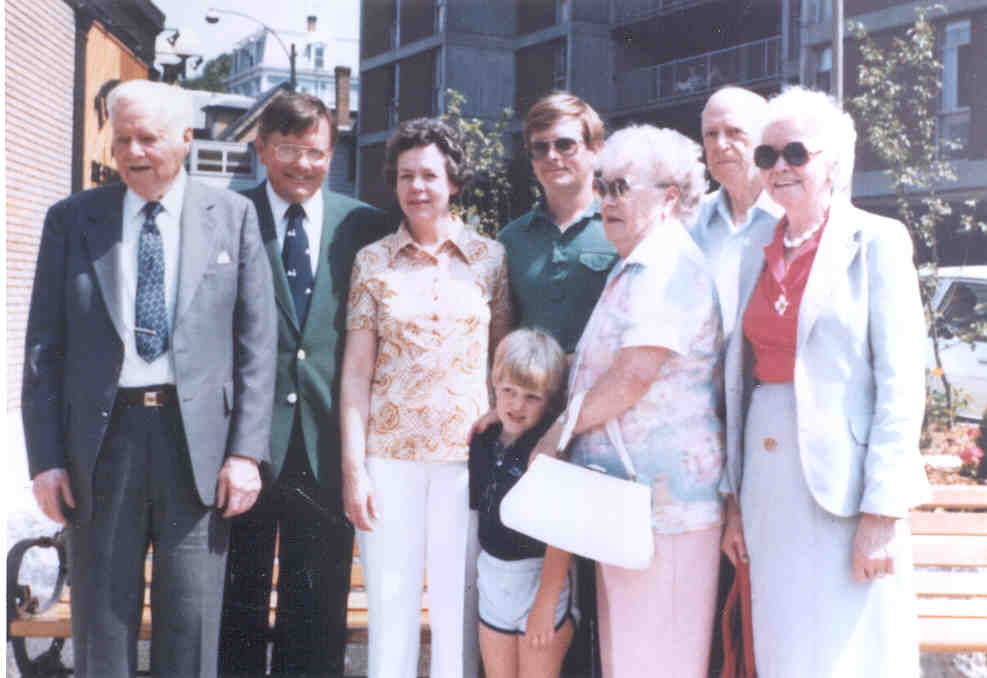 In 1981, Woollacott Square was dedicated in honor of Alfred Woollacott, Mayor of Fitchburg 1938-1948. Picture above from the left is Alfred, a son Paul, a niece Edith Mae (Woollacott) Flynn, a grandson Russell, a great grandson, David, a sister-in-law Ruth (Russell) Woollacott, a brother Elon Woollacott and the 'baby sister' Edith Nora (Woollacott) (Russell) Abbott. Over the years the identity of the Square was lost, and in 2015, The City, with urging form Alfred's descendants and kin, re-dedicated the square.

The Fitchburg Sentinel covered the re-dedication the following day http://www.sentinelandenterprise.com/news/ci_28196107/fitchburgs-woollacott-square-comes-full-circle